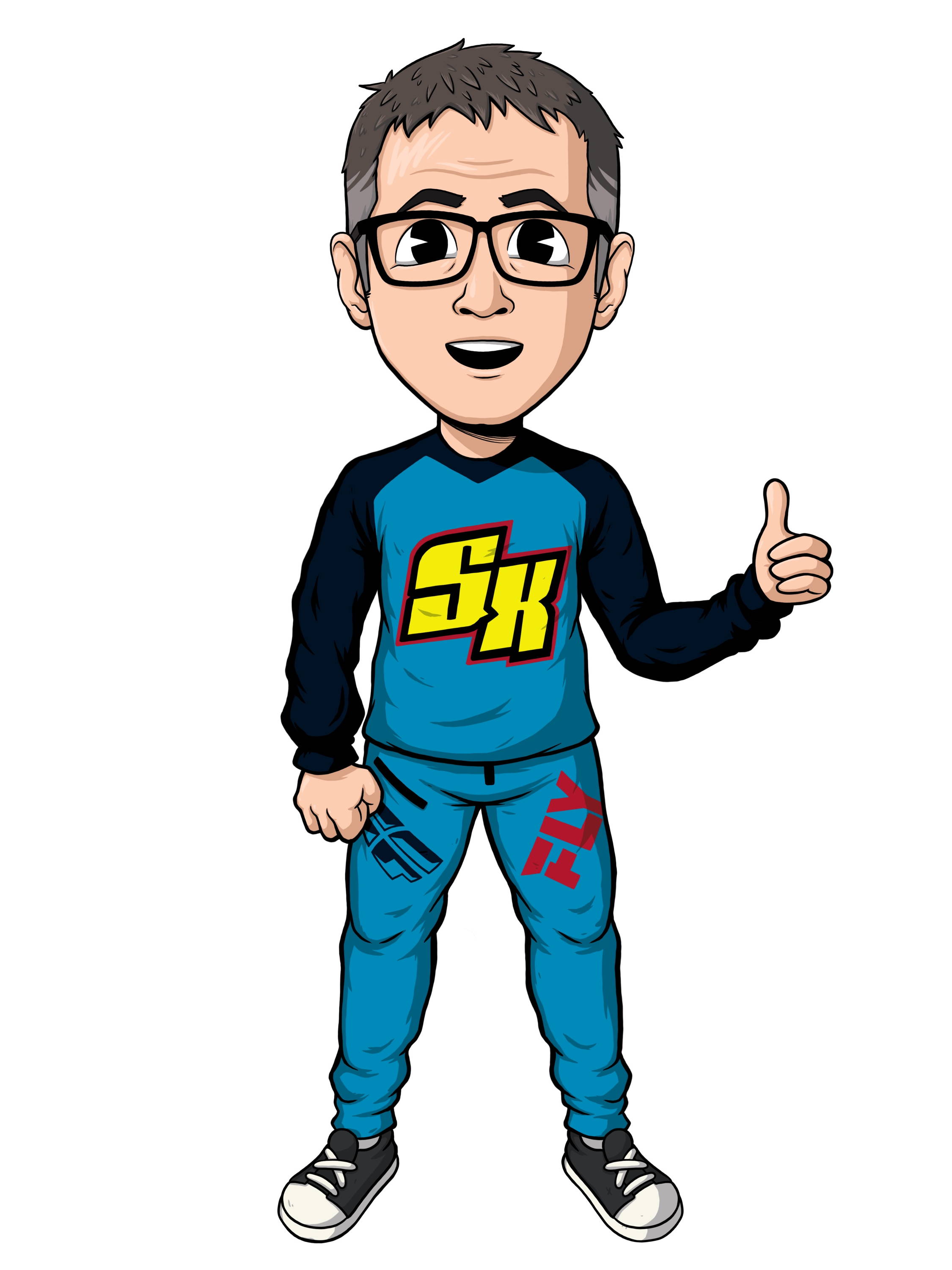 Meet Shawn O'gorman
Shawn is our super steezy veteran on the Factory Supercross squad. He races in the 51 & Over Expert age group and is currently residing in Georgia. Shawn grew up with neighbors who were BMX racers, After spectating for a few times, Shawn decided to give BMX Racing a try. As you can see, he never stopped after that.

Shawn first started racing ABA in 1980. He later turned expert in 1982, Shortly after Shawn went pro in 1985 at the age of 17. After a few years of pro, Shawn decided to move into the Vet Pro class in 1998. After the ABA eliminated the class, Shawn would race the older expert groups until midseason of 2005. He rejoined the vet pro class and raced the ABA and NBL nationals across the East Coast.

Shawn has won a few Grands main events, but what he's most proud of is the memories he has gained through BMX Racing.

"Staying engaged with racing most of my 29-year Air Force career along with the BMX memories shared with my brother, sister, wife, father-in-law, and son are priceless." - Shawn O'Gorman

Shawn loves the kinship that accompanies the sport. The local racetrack is where he calls hundreds of people friends, and he profoundly values the connections that he has made.

Shawn started racing on a Supercross frame in 2012. He would eventually move throughout the various satellite teams until joining the factory ranks in 2016. His favorite thing about riding for the team is the friendship he shares with Bill Ryan and representing Bill on and off the track.

Throughout the 40 years of racing Shawn's goals have yet to change. He is always striving to win whenever he gets into the gate. He also reminds himself to accept that after crossing the finish line, the race is done and not to harp on it too much.

Outside of BMX, Shawn loves to race street rides, ride dirt jumps, and go mountain biking with his son. As for goals, Shawn has accomplished the majority of them. He has successfully retired from the Air Force, is currently in a great marriage, and has kids! Now he looks to continue to watch his kids succeed as they progress through life.

Tell me about yourself. Who are you? How old are you? What class do you currently race? When did you start racing? How did you start racing? Etc.
Hello, I am Shawn O’Gorman, 52 years old currently racing 51+ Expert. My next-door neighbors were BMX racers and after going with them as a spectator, I started racing ABA in 1980 at Placerville, CA. I turned Expert in 1982 then pro in 1985 at the age of 17. In 1998, I turned Vet Pro, but in 1999, ABA BMX eliminated the class, so I reclassified to 28+ Expert. Now living in Georgia, I raced ABA and NBL nationals across the East Coast. Mid-season 2005, I decided to race Veteran Pro once again and continued until 2014. I returned to the expert class mostly due to the vanishing Vet Pro series on the West Coast.

What are some of your biggest achievements within the sport?
Crossing the line at the Grands in 1st is pretty awesome, however my biggest achievements within the sport are longevity and family. Staying engaged with racing most of my 29-year Air Force career along with the BMX memories shared with my brother, sister, wife, father in-law, and son are priceless.

How long have you been on factory Supercross? What year did you get picked up?
I started riding a SX frame in 2012 as a co-sponsor, joined JSR/Supercross in 2014, Team Speedline in 2015 and finally, honored to join Factory SX in 2016.

What’s your current local track?
Oak Creek in Roseville is my local track.

What are some of your goals for your racing career?
Throughout 40 years of racing, my goals never change…to win when I get in the gate. Accepting that when you cross the finish line, the race is in the past is the key to a long satisfying career.

What are some of your goals outside of BMX Racing?

My goals outside of BMX Racing: 1. Retire from the Air Force…done. 2. Have a great marriage…done. 3. Have great kids…done. Watch my kids succeed…always in progress.

Anything to add?
BMX is an individual sport with family atmosphere. My advice to anyone is to accept the results of your efforts or change your commitment. Life is a balance, figure out what your tradeoffs are and enjoy the ride BMX can bring to you.