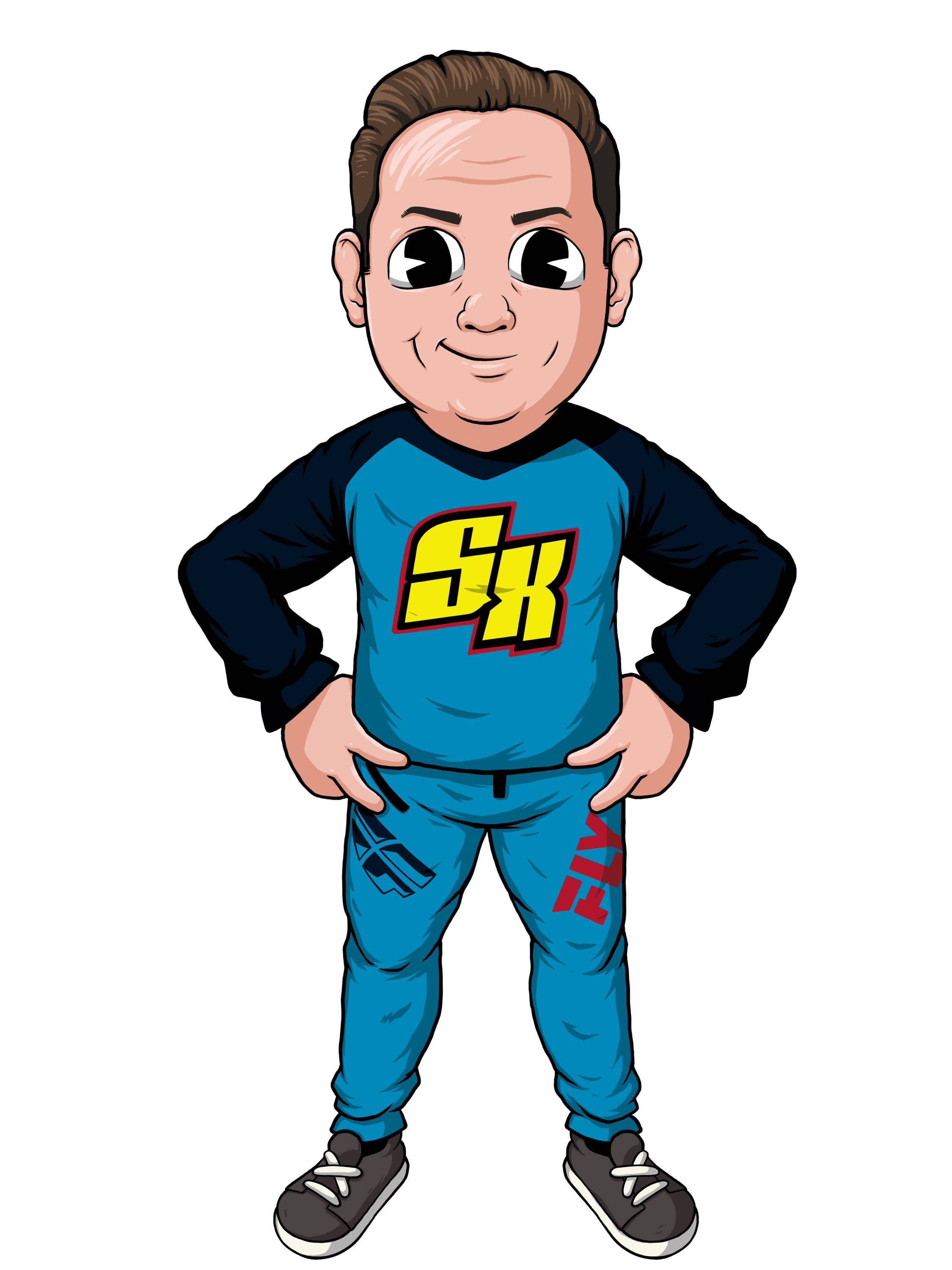 Randy Roberts, famously known as the Bulldozer, is a long time rider and friend of the Supercross brand. Randy got involved with BMX shortly after his hometown opened up their very own race track. 12-year-old Randy couldn't get enough of BMX racing. Since those days, Randy has yet to put the bike down!

Randy has been on a Supercross for 20 years, joining the factory squad back in 2000! Joining the Factory ranks is what Randy claims to be his most significant achievement, as well as being able to travel and have fun on his bike. Like many others, Randy loves the designs of the Supercross race rigs and values the family team culture that we have here. He also appreciates Bill Ryan's devotion to the brand and the products that Supercross releases.

As for BMX Racing, Randy loves the friends and connections he has made throughout his BMX journey. But Randy's new passion is watching his five-year-old line up in the gate and race too. Randy's biggest goal is to ride until he can't anymore. He never wants to stop and hopes to ride for as long as he can. But what tops the cake for Randy is that he can now sit back and watch as his son sets and accomplishes BMX Racing goals.

When asked about his hobbies outside of BMX, Randy had this to say, "Is there anything better than racing?" But in all seriousness, Randy enjoys riding his dirtbike and tinkering with his old cars. However, nothing has been able to pull Randy away from the sport. Looking into the future, Randy hopes to have fun, be a good dad, and continue to provide for his family. Randy is a family man with a great heart; this is why we have kept him around for so long!

Q&A WITH THE BULLDOZER

Tell me about yourself, who are you, how old are you, and what class do you currently race? When did you start racing, how did you start racing etc.?
At the track, I’m known as the “Bulldozer,” I’m forty-two years young and I race 41-45 expert and cruiser. I started racing when I was twelve and never looked back. I had ridden my bike every day and then my hometown got a BMX track (Valencia Raceway), I became obsessed and wanted to go back every day.

How long have you been on Factory Supercross? What year did you get picked up?
I’ve been riding for Factory Supercross for twenty years, so about 2000. I’m pretty sure I got put on the team because of a stabbing incident (no joke).

What is your favorite thing about being a Factory Supercross rider?
We’re family first and foremost and the bikes of course! And Bill Ryan’s devoted passion for creating the best BMX bikes and products.

What is your current local track?
As of now, I guess Whittier Narrows, it’s unfortunate that we are losing so many of our BMX tracks. I have ridden at Sycamore BMX for the last thirty years up until the week they closed.

What is your favorite thing about BMX racing and why?
Meeting people from everywhere and making friends, we all have a common interest at the track. Now my favorite thing is being able to watch my five-year-old get up to the gate and race too.

What are your hobbies outside of racing?
Is there anything better than racing? Hahaha, honestly I love to ride all the time, that is my hobby. I do enjoy riding my dirtbike and working on my old cars, but even then, I get right back on my bike.

What are some of your goals for your racing career?
I just don’t ever want to stop, I want to race and ride until I die. The cool thing now, is that I get to watch my son Charlie set goals for himself.

What are some of your goals outside of racing?
Have fun, enjoy life, be a good Dad, and provide for my family.