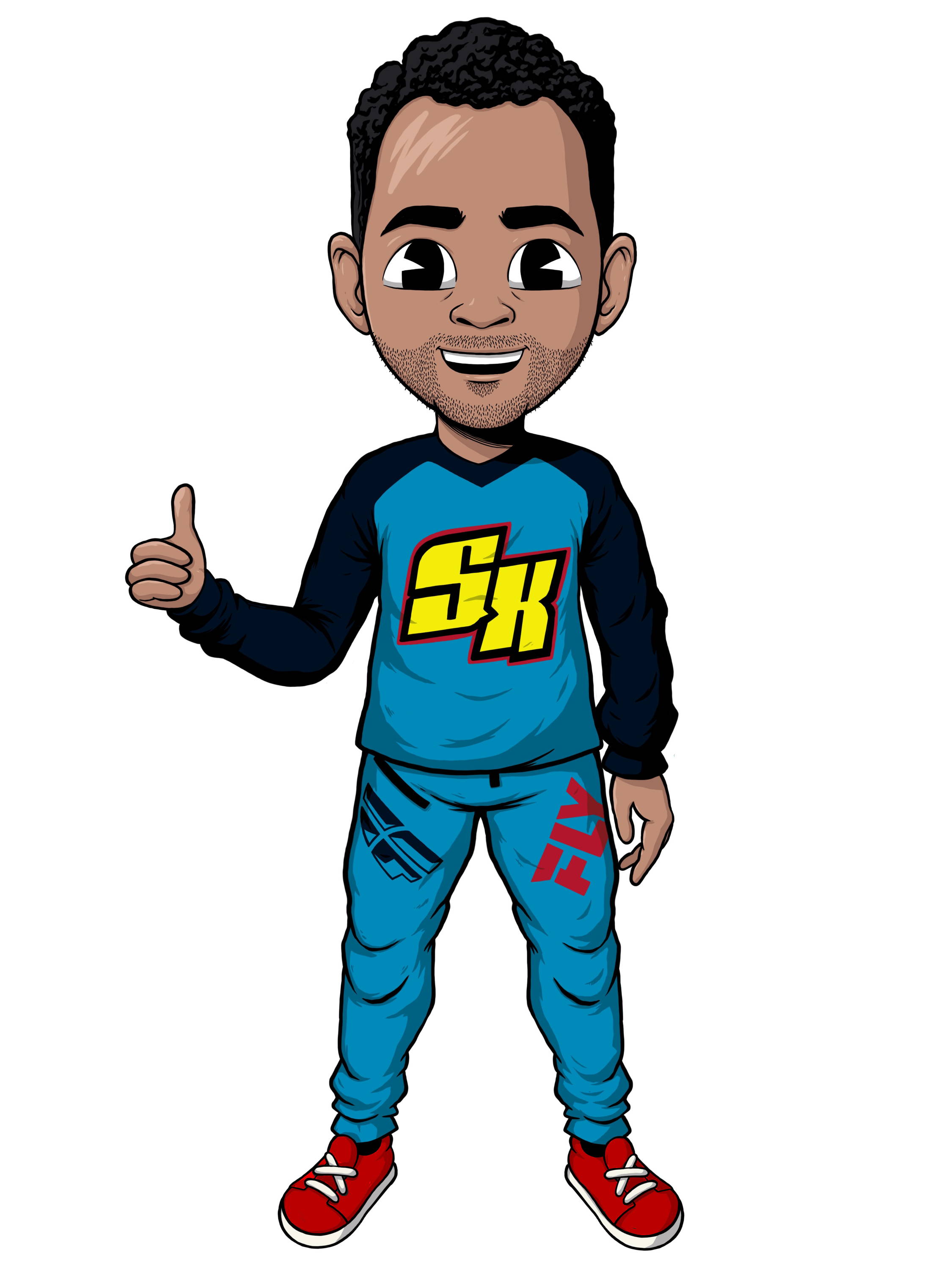 Meet Nick Valencia
Nick Valencia is one of our veteran members on the Factory Supercross squad. Nick currently races 36-40 expert with 24 years of BMX racing experience under his belt. He was first introduced to racing through a church youth group at the age of 12. After a few nights at the local track, Nick was hooked and couldn’t stop riding his bike!

Nick has raced a multitude of big events throughout his career. He’s made a world championship final in the ultra-competitive 17-24 men. He also raced the inaugural BMX SX race on the Dew Action Sports Tour. Nick mentions that he’s quite the 5th place specialist when it comes to semi-main events. However, Nick knows how to do more than just go fast and jump in a straight line. He’s participated in multiple professional freestyle events all while having a
blast on his bike.

Nick joined the Factory Supercross team about 3 years ago. He doesn’t think of himself as Factory guy but we don’t see ourselves as just a premiere racing team either. We here at Supercross are family and Nick was a great fit for the team culture. Nick has been a fantastic addition to the team and the feeling is mutual. Nick has also mentioned that he’s very grateful for the people and the work that goes on behind the scenes of the Supercross brand.

Nick wears many hats in addition to being a racer. He’s also the track operator for the Santa Clara Pal BMX track. You can find Nick out there 5-6 days a week running clinics, grooming the course and making the facility as pristine as possible.

For the future, Nick is focused on inspiring the next generation of riders. He also has plans to ride his bike for as long as he can. He is also working to continue to try and make World Championship Mains for his amateur age group year after year.

Outside of BMX racing, Nick loves working on import cars and making home improvements. He’s a fan of working with his hands. Nick works extremely hard and he has his sights set on retiring before 65. It’s a top priority for Nick as he wants to kick back and fly on cruise control before the recommended retiree age.

Tell me about yourself. Who are you? How old are you? What class do you currently race? When did you start racing? How did you start racing? Etc.
Nick Valencia 36X 6/9/1984 DOB. Been racing for 24 years with the first few years in Arizona and the majority of my time spent in northern California. Just started racing with a church youth group at 12 years old and never stopped.

What are some of your biggest achievements within the sport?
I've made 1 UCI world’s main in 17-24Men and countless 5th in the semis at that race. Raced the inaugural BMX SX at the Dew Action Sports Tour, ridden professional freestyle events and above all have had a lot of fun in my time.

How long have you been on factory Supercross? What year did you get picked up?
I stated riding on the Factory team 3 years ago and debuted at Grands. I have always been a good friend to Bill and have ridden the bikes over the years. I had never considered myself to be a factory type guy but Bill said its family and has been true to his word. Great team and appreciate my spot on the roster.

What’s your favorite thing about being a Factory Supercross rider?
The amount of work that Bill and Melissa put in to run a solid program. So many teams are just a jersey and a good luck here and there. Bill is constantly in our ears and showing us what a marketable rider is to a brand. He is always doing promotional stuff for the fans and truly will turn you into a familiar face of the brand. His dedication to the brand and in turn the riders is second to none.

What’s your current local track?
I am believed to be the track operator of Santa Clara PAL BMX which is a great although time consuming position. You can find me there 5-6 days a week working to keep the track growing and becoming the best it can be.

What’s your favorite thing about BMX Racing and Why?
I absolutely love the travel that's attached to organized racing. No matter what if you take it serious you are going to see a lot of incredible places and experience things that otherwise would be hard to come by.

What are your hobbies outside of racing?
Import cars and working on my house LOL. I guess you can say I love to build stuff.

What are some of your goals for your racing career?At this point it's to keep motivating the next generation and try and avoid the inevitable time when I can’t physically do it anymore. After 20+ years the knees are in bad shape but the mind is still sharp. I am never going to stop racing and will strive to keep giving back. Those worlds mains are always the ones I strive to try and make every year. A couple more of those would be nice.

What are some of your goals outside of BMX Racing?
Retire early! Haha seriously I work hard and if all things fall into place I will not be working until I’m 65 years old. It seems like a silly goal but it’s a high one for me, work hard now so I can kick it into cruiser control a lot earlier than most.