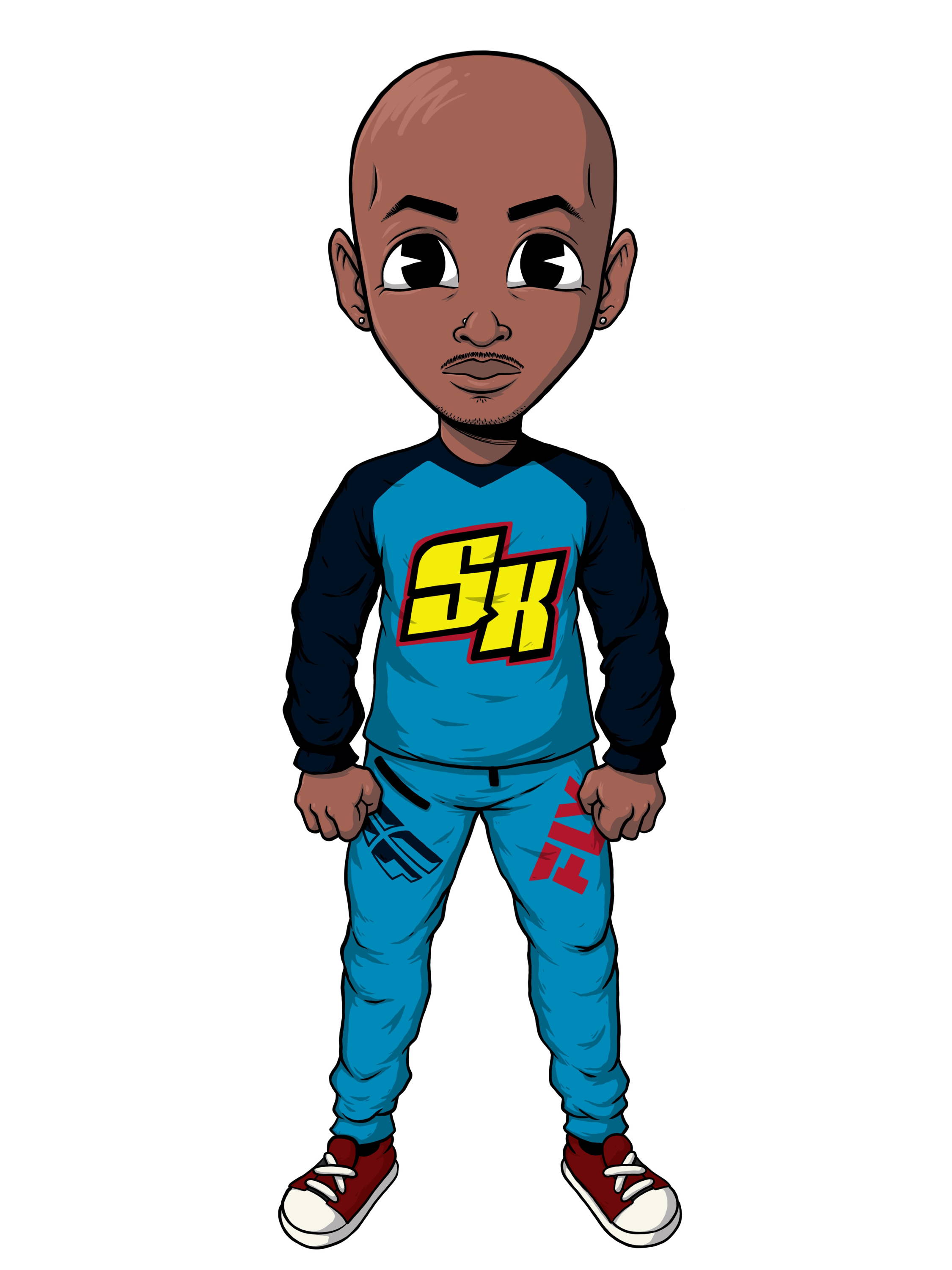 Known by many names such as The Ebony Flash, Triple G, The Network, and of course Gorgeous George. George is our personable veteran on the Supercross team racing the 51 & Over class and 51-55 Cruiser class. George was introduced to BMX after a dirt jump session behind the Boys and Girls club back in 1979. His friend, Jack Sorrels, invited George out to the local Colorado BMX track. After that race, it was all over. George was hooked and still continues to ride his Supercross Envy BLK 2 to this day!

Throughout George’s career, he has taken home some memorable hardware. Turning pro at the age of 18, George went on to make a handful coveted Grands Mains in the A-Pro and Pro Cruiser class. George won the A-Pro Gold Cup West title in 1990 and did it again in 1995 taking home the Central Gold Cup this time.

After a short break, George reentered the sport as an older expert. He has 13 years of finishing N.A.G 9 or better on both bikes and doubled up on R.O.C plates in two different seasons. But 2009 was a great year for George. He placed 4th in 40-44 cruiser and 3rd in the 30+ men class at the World Championship in Australia with over 65 riders in each class. Later that year, George left Grands winning every single number 1 plate that he could, taking home 2 R.O.C plates, 2 N.A.G 1 plates, AND the National #1 Cruiser title!

George has some pretty specific BMX Racing goals for the future. He plans to stop Steve Clark from passing him down the rhythm straights and to keep Eric Sweets behind him when charging into the first corner. He plans to continue to put on informative clinics for the local community and race for as long as he can all while representing himself and Factory Supercross the best that he can.

Outside of BMX Racing, George loves to travel, binge watch Greys Anatomy and modify his sweet 2013 Mazdaspeed 3 which he is a member of a car club called “Team Hybrid”. George wishes to remain healthy, enjoy life, and attend some more car shows with his supped up ride!

I’ll leave you with a quote from George himself: “life is too short to have not raced BMX on a Supercross” 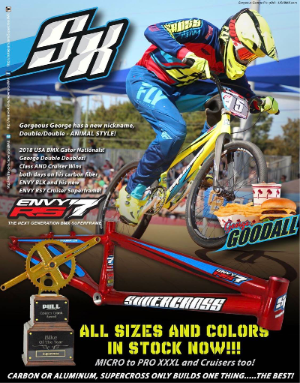 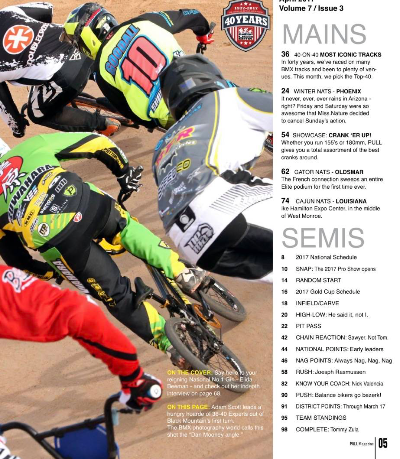 Tell me about yourself. Who are you? How old are you? What class do you currently race? When did you start racing? How did you start racing? Etc.
Hello, my name is George Washington Goodall IV. Over the years, in the BMX world, I have had a few nicknames, like The Ebony Flash, Triple G, The Network and of course either Redman or Scott Snook as announcers gave me “Gorgeous George”. I was born on September 8th, 1966 at the Air Force Academy in Colorado Springs, Colorado. The same day as the very first airing of the sci-fi show, Star Trek. I lived in Colorado, where 90% of my family remains, until 1990 where I moved to the deserts of Arizona because I owned a VW convertible and of course to race BMX more. I’m married to my wonderful wife Michele, of 10 years and I have 2 awesome kids from my previous marriage, Mikal, 24 and Madison, 21 along with my great, stepdaughter Celeste, 26 and my adorable grandson, Justus who is turning 4. I have worked in the insurance field since 1986 and currently work as an Attorney Represented automobile injury adjuster for Allstate. I am analytical, somewhat conservative and I like to think I am personable. I will be turning 54 later this year but hop in the time machine and let us go back to the year 1979. One day, while living with my dad in Boulder Colorado, I was out jumping some dirt hills behind the Boys and Girls Recreation Center. A friend, Jack Sorrels, invited me to a BMX race and that was it…. I was hooked. I currently race for Factory Supercross in the 51over expert and 51-55 cruiser classes. However, lately, I have been concentrating on just cruiser more.

What are some of your biggest achievements within the sport?
Some of my most memorable accomplishments in racing have been, I turned pro around the age of 18 and made a couple A-pro and Pro cruiser mains at the Grands. When there were only 3 regions, I won the Gold Cup West in A-pro in 1990 and once again the Gold Cup Central A-pro in 1995. I won enough money to turn AA in 2 different seasons but in 1997 I ended my pro career. A few years later I came back as an old amateur. I have 13 years of 1-9 NAG plates in dual classes. I have won class and cruiser at both the ROC and the Grands in 2 different seasons. In 2009 I placed 4th in 40-44 cruiser and 3rd in 30+ men at the Worlds in Australia with over 65 riders in each class. Later in 2009 at the Grandnationals, I won all the plates I could have, that weekend. Both class and cruiser at the ROC and the Grands, NAG #1 plates in both classes and the coveted National #1 cruiser title.

How long have you been on factory Supercross? What year did you get picked up? (rough estimate)
I rode for Supercross in the mid 90’s for 1 day as an A pro. Later, I rode for Factory Redline for 11 years, before Bill, Supercross and I, tried once again in 2016 to rekindle the relationship. What an amazing and fun experience it has and continues to be.

What’s your current local track?
My local track is I believe, the first sanctioned track for the ABA (American Bicycle Assoc.) …. the famous and fun Chandler BMX. I also have great tracks like Black Mountain and Goodyear nearby.

What are some of your goals for your racing career?
Some of the goals I have for my racing career are for Steve Clark to no longer pass me in a rhythm section, to beat Eric Sweets to the first corner….somewhere, continue to have great clinics, race until I’m no longer nervous in the gate and lastly represent myself and the Factory Supercross BMX team the very best I can.

And finally, you know what?! “Life is too short to have not raced BMX on a Supercross “